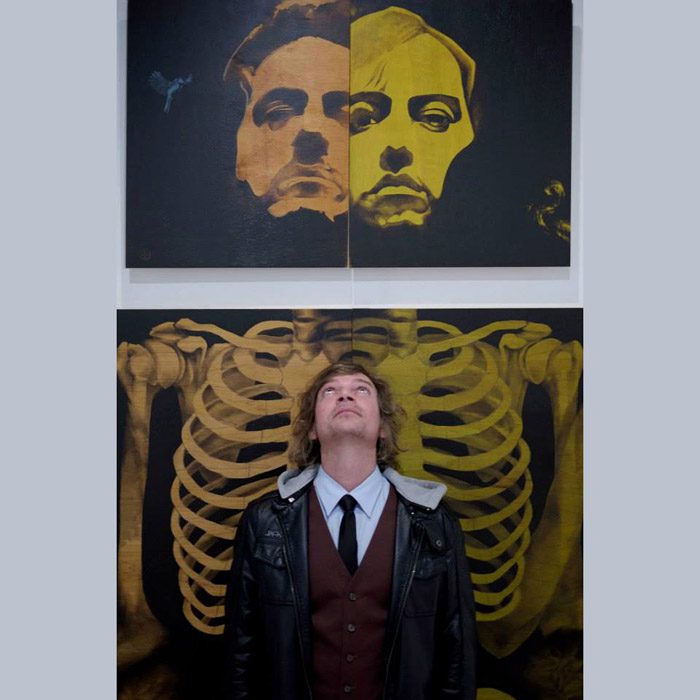 David Kurzydlo is an ex medical illustrator who has become known for his intensely emotional imagery, particularly his psychological portraits which often incorporate birds as lyrical references. He contrasts broad gestural marks with areas of intense detail, urging he viewer to stare hypnotically into the work so as to absorb the full range of emotions being expressed in the image. Works on wood using the grain as part of the imagery are one of his trademarks. Since 2011 he has had several solo shows in Sydney, Melbourne and his home town of Newcastle, gaining a loyal following amongst his ever expanding collector base. He has a degree of fine art with a major in natural history illustration from the University of Newcastle and also attended Newcastle Art School graduating in 2010 with a major in oils. He is the current Newcastle emerging artist of the year, winning the prize in 2010.